Winner of the 2014 PAWA Awards for Best Design

“A set (superbly designed by Fiona Bruce) that is an abstract exercise in perspective, diminishing up a raked stage and down lines of massive reinforces concrete towards a vanishing point obscured in shadows…One of Bruce’s stage effects, the most brilliantly conceived and shocking piece of action in the show, cannot be described without a spoiler alert. You need to see it for yourself”. The West Australian. 21 Sept 2012

“Designer Fiona Bruce has designed a box like eyrie for Theresa above the main stage, representing her tiny Manhattan apartment; it reeks of isolation and social deprivation a big city…Bruce’s box like contraption that, like Theresa’s world, suffers spectacular collapse”. The Australian. 21 Sept 2012 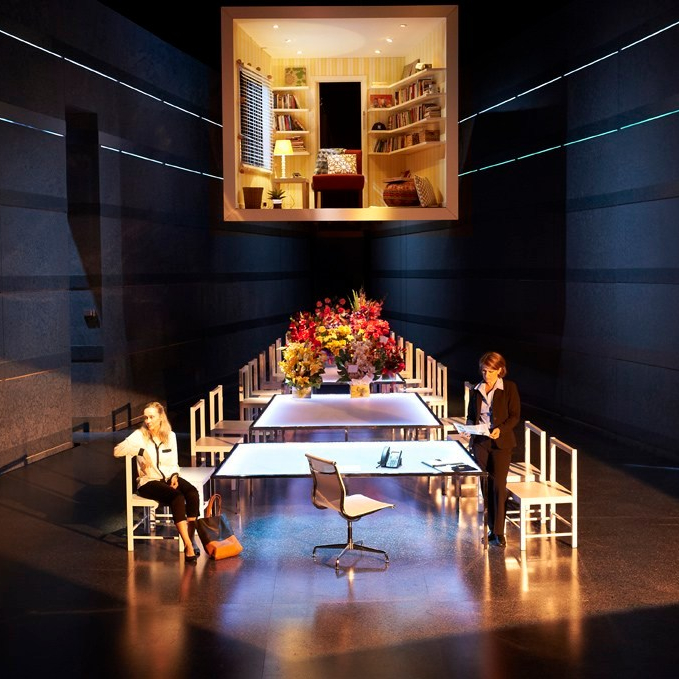 Successful journalist Theresa gets talked into a blind date with computer consultant Tony. As blind dates go, this one could have been a lot worse, but Theresa quickly realises that Tony isn’t the man of her dreams. She extricates herself from their second rendezvous as tactfully but firmly as possible.

That should have been the end of the story … but Tony doesn’t stop calling her at work. He continues to inundate her with flowers. And then he finds out where she lives, and the blind date turns into a living nightmare. In search of help, desperate Theresa finds support where she least expects it, but will she be able to regain control of her life?